Twitter channel works differently if your scenario is self-paced or facilitated.
Players can always write a new tweet or reply to a tweet sent by one of the personas.

Add images to your tweets
Paste a URL to an image that's a .jpg or .png into your tweet and it'll be rendered as an image
Hashtags
Every time a hashtag is posted, the tweet is stored in a way that it is possible to look for them organized by hashtags. To do this, you need to click the hashtag: 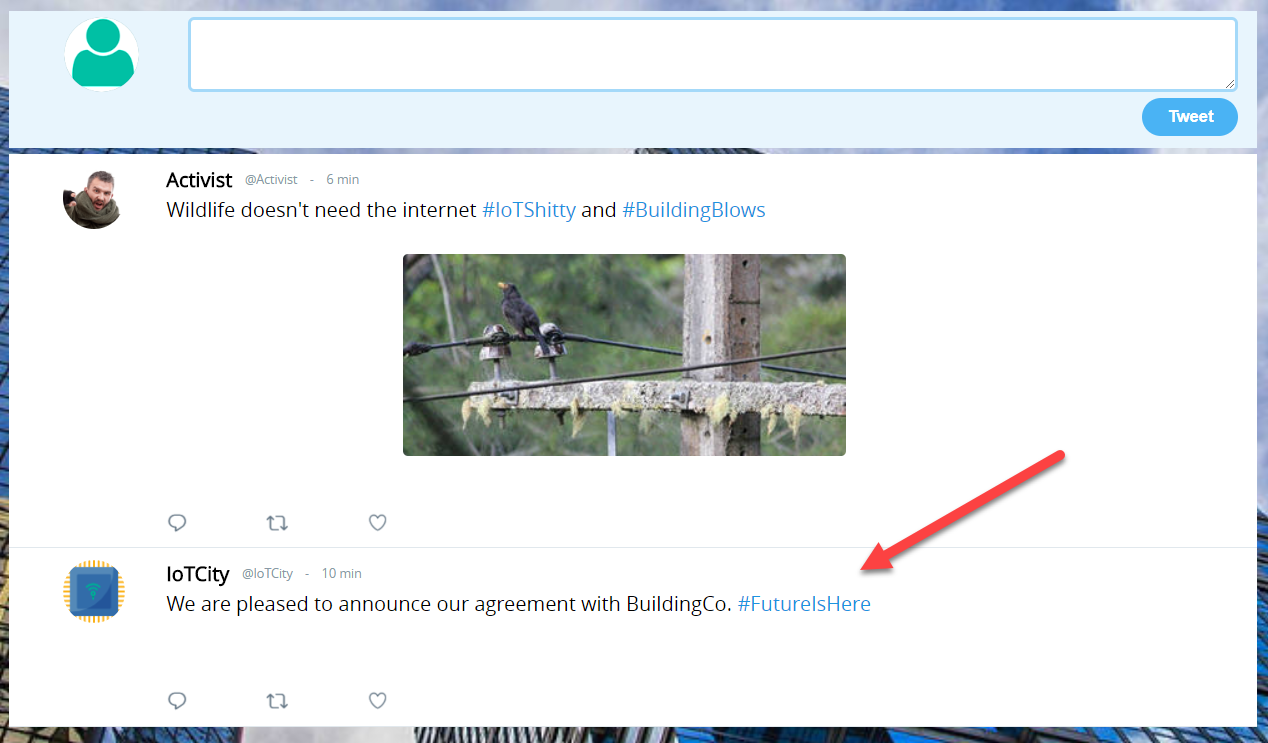