You'll need the wargaming app for Android to make use of this feature.
https://play.google.com/store/apps/details?id=conducttr.wargame

The map counter event is only generated by the Conducttr wargaming mobile app when it scans an appropriately-encoded NFC tag.
Note that the work of correctly updating the map is managed almost entirely by the mobile app and you need only use the map event card for publication of additional content which may be unrelated to map updates.

The concept is that your exercise has physical map counters to which you're stuck NFC tags.
Hence, the first thing to do is to program the NFC tags you're going to use as counters in your map.
The moment a player/facilitator scans the tag, that counter will appear in the digital map.
There are several apps to program your NFC tags, such as  NFC Tag Writer by NXP.

In the following example, we want to put a counter (shown as the aeroplane) at location 42 on the Arctic map:

To configure the previous example you need to:

In the whiteboard:
In the app, select the same map you're using in TeamXp. 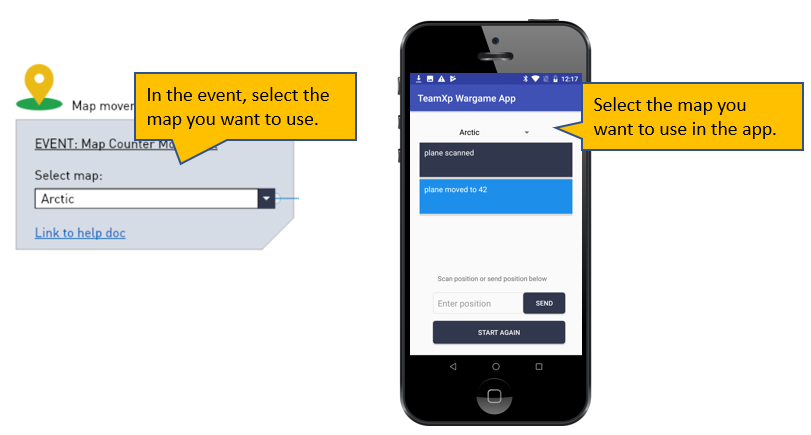